Home Political Analysis in Health Experts debate coronavirus: “We are in the upsurge of a first wave...

Since the beginning of the pandemic, in March of this year, Brazil has registered more than 6.5 million people infected and 175 thousand deaths caused by Covid-19. The data are from the National Council of Health Secretaries (Conass), which also points to a significant growth in the number of new cases of the disease since November. But, after all, are we facing a second wave or a resurgence of the first? To answer this question, experts in the fields of epidemiology and scientific data processing participated in a virtual debate promoted by ObservaCovid, a project led by UFBA’s Institute of Collective Health (ISC), on Tuesday (01/12).

The “Covid-19 Pandemic Webinar: Do We Have a Second Wave?”  it counted on the participation of researchers Daniel Villela, coordinator of the Scientific Computing Program at Fiocruz in Rio de Janeiro; Maria Yury Ichihara, deputy coordinator of the Data and Knowledge Integration Center for Health (Cidacs / Fiocruz-BA / Rede CoVida); and Eduardo Hage Carmo (UFBA / Fiocruz-BA / CoVida Network). The session was coordinated by epidemiologist and professor Glória Teixeira (ISC / UFBA).

During the presentation, Daniel Villela highlighted the behavior of the disease in European countries that would be going through the so-called second wave of the pandemic, like the United Kingdom, and compared the situation with the epidemiological scenario of Covid-19 lived in Brazil. “What was observed there were lower numbers and a very significant recent increase in confirmed cases. And that is what was called the second wave in these countries in Europe ”, he explained.

For Villela, despite the recent growth of cases, Brazil has not reached an extremely low level of incidence to the point of talking about a new wave. “Since the pandemic began, we have never reached very comfortable levels,” he said.

According to Professor Glória Teixeira, Brazil would need to register incidence rates for Covid-19 close to zero, for at least two months, followed by an expressive growth, in order to characterize a second wave. “We are in the upsurge of a first wave that is not over,” he noted.

Still according to Teixeira, the moment is to reinforce the control measures and avoid the transmission of the virus. “We will only avoid deaths, if we avoid cases. We need to continue the fight to ensure that there is as little transmission as possible ”, he warned.

Daniel Villela also drew attention to the rates of occupancy of ICU beds in the country and the worsening of the pandemic due to the growth in the number of cases. Data from the latest Fiocruz Covid-19 Observatory Bulletin show that some states are already in a critical situation, with bed occupancy rates above 80% (Amazonas and Espírito Santo). Others, despite being below this index, are in the so-called intermediate zone, which requires a lot of attention and care.

“This growth in the number of cases in the states should trigger an alert for local surveillance to be able to prepare. Whether the second wave of Covid-19 is going to happen or not, the important thing is to have actions now, ”he said.

For Maria Yury Ichihara, the issue of bed occupation needs to be discussed taking into account the closing of previously created vacancies. “At the peak of the pandemic, there was an entire investment in the creation of the number of beds, both clinical beds and ICU beds, which were later deactivated. Therefore, this occupation needs to be relativized ”, he evaluated.

The first case of Covid-19 in Bahia was registered on March 6, 2020, in the city of Feira de Santana. Since then, 416,734 confirmed cases of the disease and 8,360 deaths have been recorded in the state, resulting in a 2% lethality. The data are from the Health Department of the State of Bahia (Sesab), updated this Saturday (12/05).

Between the 46th (from 8 to 14 November) and the 47th week (from 15 to 21 November), the increase in the number of cases in Bahia reached 10.3%. In the same period, growth in Salvador was 20.2%. Across the state, the highest incidence was identified in Feira de Santana, which reached a 21.4% increase. “It is possible that these indexes are related to the elections and also because Feira de Santana is a center of commerce and transit for the entire state of Bahia and other regions of Brazil”, evaluates Ichihara.

Is the population adhering to social distance? According to data provided by Community Mobility Reports, a platform created by Google that produces movement reports to indicate whether the isolation policy is working, this compliance is questionable and has been falling since May. In the Northeast region, the decline occurs more sharply in the states of Pernambuco and Maranhão.

“Bahia has been showing an increase in visits to non-residential areas (supermarkets, pharmacies, parks, beaches and transportation stations), as well as having one of the lowest rates of social isolation in the Northeast: 38.8%, above only Alagoas and Sergipe ”, Reveals Ichihara.

According to the researcher, economic and social factors may be closely linked to a greater level of relaxation from social distance. “Inequalities are there and make it extremely difficult for the poorest population to adhere to social isolation because of the need for work,” he said.

Epidemiologist Eduardo Hage Carmo (UFBA / Fiocruz-BA / Rede CoVida) talked about the changes brought about by the pandemic and that were responsible for creating new habits for the population, from the simplest measures to be incorporated, such as hygiene care, issues more complex, involving returning to work and school activities.

“Most schools, for example, are expected to resume face-to-face or virtual activities in February, that is, probably without having the vaccine available. So, how will this return happen? ”, He asks.

For him, the population shows signs of wear at different levels. “Just as there was an exhaustion in relation to the interruption of several activities, there is also an exhaustion due to the excessive virtual use of school activities. We are going to have to reinvent all of that every moment, ”he says.

The “Covid-19 Pandemic Webinar: Do We Have a Second Wave?” is an initiative of the project “ObservaCovid – Analysis of Models and Strategies for Health Surveillance of the Covid-19 Pandemic (2020-2022)”, whose objective is to analyze strategies and actions of health surveillance at different levels of care, to reduce the exposure to the virus and contamination of health workers and the general population.

“Our proposal for this debate arose from the need to expand the theme through the eyes of the invited experts and to qualify the discussions and analyzes that are being produced within the project”, highlights the coordinator of ObservaCovid, professor Isabela Cardoso (ISC / UFBA) .

For her, the event is also an opportunity to break the barriers of knowledge and expand access to information beyond the academic community. “Our interest is to contribute both to the dissemination and clarification of the population, as well as to propose recommendations to health managers, formulators and implementers of public policies”, he concludes.

ObservaCovid brings together seven subprojects and a wide network of researchers. The research project was presented to the National Council for Scientific and Technological Development (CNPq), based on the concept of health surveillance built at the Institute of Collective Health at UFBA in the last three decades.

For access to newsletters and other information about the project, visit:  https://www.analisepoliticaemsaude.org/oaps/ 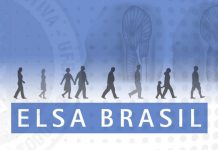 IBGE conducts telephone collection by PNAD Covid in more than 190...