In addition to microcephaly, children diagnosed with congenital Zika virus syndrome can simultaneously show up to five brain damage aggravating neuropsychological development. This is what a study by the UFBA Institute of Collective Health points out and published in the International Journal of Developmental Neuroscience, a reference journal of the International Association for Development Neuroscience.

To arrive at the results, the researchers analyzed data provided by the Center for Strategic Information on Health Surveillance (CIEVS) in the city of Salvador. In total, 136 children born after the Zika outbreak in 2015 were investigated and confirmed for congenital Zika virus syndrome. According to the survey, 19.1% of them were diagnosed with microcephaly and 32.4% with severe microcephaly.

In addition, half of the sample (68 children) had between three and five different brain damage at the same time. According to the researchers, the most common damages were brain calcifications, present in 77.2% of the cases, and ventriculomegaly, which occurred in 57.4% of the children investigated. Calcifications are bony structures that form inside the brain and are common in cases of congenital changes. Ventriculomegaly is an increase in the size of the cerebral ventricles, which can cause delays, mainly in the motor and cognitive development of children.

According to her, the study is the first to discuss data from the municipal surveillance center regarding the child development of children born during the outbreak in Salvador. “The objective is to characterize the spectrum of brain damage detected by the neuroimaging examination of confirmed cases, to verify the existence of a pattern of combining these damages and to discuss the possible implications for the neuropsychological development of this generation”, she highlights.

The survey also assessed the profile of mothers, the number of prenatal care performed during pregnancy and the weight of babies at birth. According to the data, 85.3% of mothers were between 16 and 34 years old, 91.3% declared themselves black and 60.6% of families live on less than one minimum wage per month. Regarding babies, 58% were female, 28.6% were premature and 36.3% had low birth weight (less than 2.5 kg).

The study is part of the cohort of the project “Child Development in the Community” (DICa), from the UFBA Institute of Collective Health, which aims to monitor the development of children born during the Zika outbreak in 2015, in the context of primary care .

For the project coordinator, professor Darci Neves, the study is an important alert for the adoption of public policies aimed at monitoring child development. “The existence of a combination of brain damage tends to promote deficiencies more serious than those found when they occur in isolation. Thus, in any dimension of development, adequate care needs to be offered, especially in the first five years of life ”, she concludes. 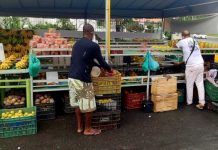