On September 28, World Day is celebrated in the fight for decriminalization and legalization of abortion. To discuss the issue, the Integrated Program for Research and Technical Cooperation on Gender and Health (MUSA) interviewed Carla Gisele Batista, author of the book “Feminist Action on Abortion: Movement and Institution”, launched last Friday, the 27th. at the ISC / UFBA auditorium. 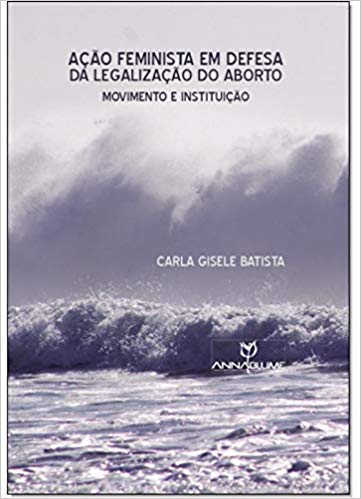 Carla holds a degree in history from the Federal University of Pernambuco (UFPE) and a master’s degree in studies on women, gender and feminism from PPGNEIM / UFBA. Popular educator, researcher and feminist activist, she publishes the column Women in Movement in Folha de Pernambuco.

MUSA: What is the importance of September 28, the global date for the fight against decriminalization and legalization of abortion, in the current context of the country?

Carla:Dates like this call attention to the daily work done by women’s and feminist movements in defense of health, sexual and reproductive rights. The struggle for the right to abortion is fundamental because, on the one hand, it corresponds to autonomy over one’s own body and the free exercise of sexuality, on the other hand, it refers to the need to experience motherhood as a right and not as an imposition. This means having access to the information and means to plan reproduction and, in case of failure, to be able to decide to safely and safely terminate the unwanted pregnancy. In cases of desired motherhood, not being exposed to obstetric violence is an ideal to be pursued, so the repudiation of Resolution No. 2232 of the Federal Council of Medicine, published in July 2019. It also means being able to raise children under appropriate conditions. This includes, as the black women’s movements draw our attention, not being permanently concerned about whether they will return home alive.

In the current context, the highest authorities are committed to imposing a conservative, anti-rights and violent religious project for the country, focusing on women, LGBTI, black and indigenous people. In the name of a moral established by them, these leaders act to restrict rights already conquered and to avoid any advance in the field of human rights and democracy, that is, respectful coexistence between the diversities present in our society. I do not mean by this that we were living in an ideal situation, but it is undeniable that with the process of democratization, after the military dictatorship, the notion of the right to permeate the social fabric grew, which is in full recession at this time.

There is, however, increasing resistance. One example is the feminist youth collectives throughout the country which, while organizing themselves, establish networks of solidarity and support. This week of September 28, there will be festivals for women’s lives throughout the country, promoted by members of the National Front for non-criminalization of women and legalization of abortion. And good news yesterday (25) is that, despite the growth of conservative forces in our region, abortion was legalized up to 12 weeks by the Congress of the Mexican state of Oaxaca. By 24 votes in favor and 10 against, the Constitution was modified. This event is cause for celebration and renewal of energies to continue fighting.

MUSA: How did the book you are launching right now in Salvador come about?

Carla:The book is the result of research conducted for the PPGNEIM / UFBA Masters Degree. Interest in the subject comes from my activism. Since the 1990s, I have been active in the feminist movement and in defending health, sexual and reproductive rights. The work is a record of recent political history, with President Lula’s two governments at its center and the opening of new channels of dialogue between movements and the Executive through the creation of a National Secretariat of Policies for Women and the holding of policies for women (CNPM). In it, I sought to systematize the ways in which the movements act in search of changing the legislation that criminalizes abortion in Brazil, both from the approval of this demand in the I and II CNPMs (National Conferences of Policies for Women), This resulted in the creation of a Tripartite Commission for this purpose, as well as in the defense of new permissives, in the case of anencephaly before the Federal Supreme Court. I also address the organization of conservative forces that, if not then as evident as they were now, had already in the usurpation of women’s rights constituted a capital for strengthening political project.

The research was through documents and interviews with members of various fields of feminist movements, which allowed highlighting political tensions present in the tactical choices of these fields and interpretations about that conjuncture. I also sought to understand the government’s retreat from the contingencies imposed by the monthly scandal. I tried, from the distance allowed by the academic period, to demonstrate the contribution of the feminist political subject to the debate on democratization of society and institutions.

MUSA: What is the relevance of the invitation made by the collective “ UFBA for Women’s Life” for a launch at the University?

Carla: First, to say that this initiative is fundamental and that I am unaware of the existence of another in the country. The fact that it emerged in Bahia cannot be detached from the fact that, until recently, the state with the largest black population in the country had one of the highest abortion mortality rates. And also the fact that UFBA has the only program with undergraduate, masters and doctorate courses in studies on gender, women and feminism in Brazil, has the MUSA (Integrated Program for Research and Technical Cooperation in Gender and Health), which integrates the Institute of Collective Health, which has the highest evaluations for its scientific production, in addition to the GEM (Women’s Health Study Group), located in nursing.

Quality health and education must be guaranteed by the state. These are the main assets that a nation can offer its inhabitants. At a time when universities and the production of scientific knowledge are under attack precisely by those who should protect them and plan their strengthening, all the efforts that the university / scientific community has made to preserve the institution deserve even more prominence, They continue to reinforce their role in defending and building democracy. It is part of the conservative project to prevent the advancement of science, to limit people’s ability to think freely and critically, to express themselves culturally.

I am very grateful to have the opportunity to study at UFBA and are honored to be able to return to her the result of my work. Today, like all feminists in my field, I am also engaged in movements in defense of education and the university.