The Ministry of Health investigates 13 suspected cases of coronavirus infection in Brazil. To date, 16 cases have been ruled out. According to the latest balance sheet presented by the Secretary of Health Surveillance, Wanderson de Oliveira, one case is under suspicion in Rio de Janeiro, four in Rio Grande do Sul, two in Santa Catarina and six in São Paulo.

Since the beginning of the epidemic, 20,704 cases (99.2% in China) have been confirmed, with 427 deaths. The mortality rate for the 2019-nCoV coronavirus is 2.1%. To date, there are 2,788 cases of people infected in serious condition. All in China. Of these, 492 are new occurrences. The province of Hubei remains most affected: 66% of the cases that occurred.

This Tuesday, the Brazilian government sent a bill that details the sanitary measures to fight the coronavirus and the rules for the repatriation and quarantine in Brazil of about 40 Brazilian citizens who are at the epicenter of the outbreak, the capital of the province of Hubei , Wuhan.

The Chinese ambassador to Brazil, Yang Wanming, said at a meeting with Brazilian government ministers that his country will facilitate the withdrawal of these Brazilians.

Coronaviruses have been known since the mid-1960s and have been associated with other episodes of international alert in recent years. In 2002, a variant generated an outbreak of severe acute respiratory syndrome (SARS) that also started in China and reached more than 8,000 people. In 2012, a new coronavirus caused a respiratory syndrome in the Middle East that was called Mers.

The current broadcast was identified on January 7. The World Health Organization (WHO) office in China was looking for answers to cases of pneumonia of a previously unknown etiology affecting residents of the city of Wuhan. On January 11, a seafood market was appointed as the place of origin of the transmission. The space was closed by the Chinese government. 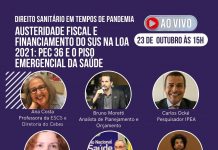 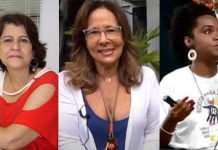 Women of excellence: Correio highlights the performance of ISC teachers in health research

Watch the ISC at Home seminar on mental health situation in...

ISC in the fight against Covid-19
To mark the passage of the World Mental Health Day, celebrated last week, the ISC at Home this Friday (16th) brings the...